Misadventures in prehistoric animal reconstructions - The many faces of the Desmostylia I:

This is Desumon, a cartoon desmostylian that was created by a natural history museum in Japan to help introduce the Desmostylia to the public. Desmostylians are very popular in Japan, which is just another sign of their cultural advancement, in my opinion. I mean, there has to be a correlation between the quality of their science and math education and the preponderance of desmostylians in popular culture.

In my anticipation of seeing what marvelous work comes from an illustration by Carl Buell of a new desmostylian I am working on, I thought it would be fun to have a romp through the strange history of the reconstruction of desmostylians. What follows are simply those images I have on my computer at present, although I'll try to make sure and get some of the older images (including ones that compare desmostylians with multituberculates) scanned for future posts. In general, I have several future posts planned to explore the history of the ways people have reconstructed aquatic amniotes. It is not only illustrative of how our perceptions of those animals have changed over time, but also how we approach reconstructions from a scientific standpoint and why so many paleoartists these days are also such excellent anatomists.

Enough blabbing, here are some Desmostylia! 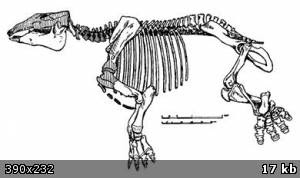 To start, it is a good idea to present a skeleton to get an idea of what we're working with. This is a nice generalized reconstruction of a desmostylian skeleton. Aside from some large feet, funny angles in their ankles, and slightly short limbs, they are a fairly mundane large mammalian herbivore shape -think Anrsinoitherium or Coryphodon (also animals considered semiaquatic - see future posts for critiques of that!) 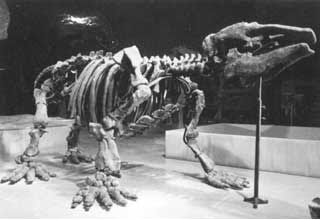 But, partly because they have these wide, thick sternebrae and short limbs, just how close to the ground they were has been debated. 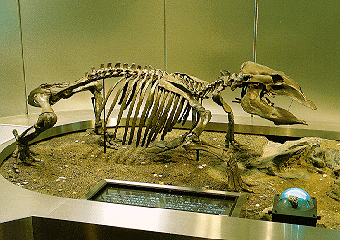 Most of all, it is because of the finds of the Utanobori Desmostylus skeletons (such as Utanobori I), and the way they were preserved with their limbs sprawled out, some paleontologists have interpreted the Desmostylia as having a "herpetiform" posture, with limbs sprawled laterally like what is seen in most modern squamates. The debate over this matter became even a series of papers, back and forth between Norihisa Inuzuka and L. Beverly Halstead.

So, many of the following reconstructions are not only coming from an attempt to reconstruct an animal that spends much of its time in the water, but also a very specific interpretation of their limb posture. This is not the normal way in which most people would reconstruct mammalian limbs, which is why I think some of them look a little awkward.

Rather than blab on and on, I'll let them speak for themselves. The pics are in order of most aquatic/herpetiform to most terrestrial.... I'll let you decide what you think is most realistic. For fun, I've numbered them so you can refer to them in comments. Please, tell me which ones you think are most realistic, or most of what your opinion of Desmostylia has been thus far.
Have fun! 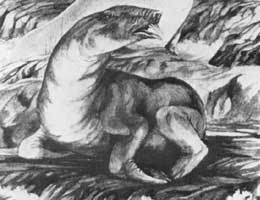 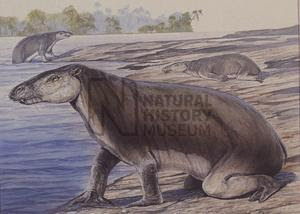 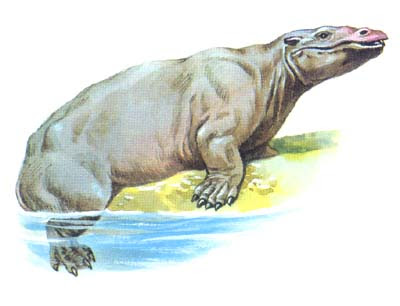 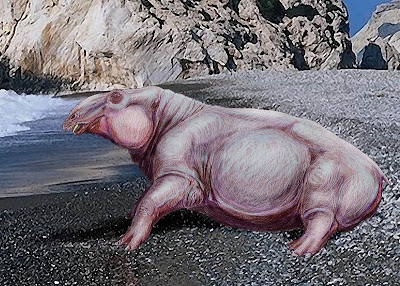 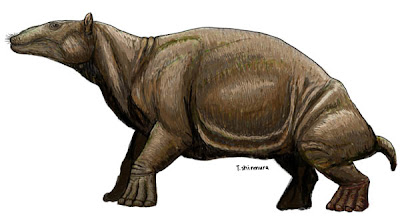 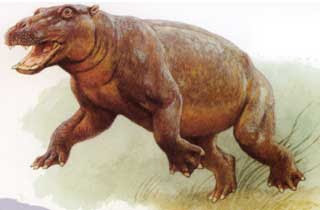 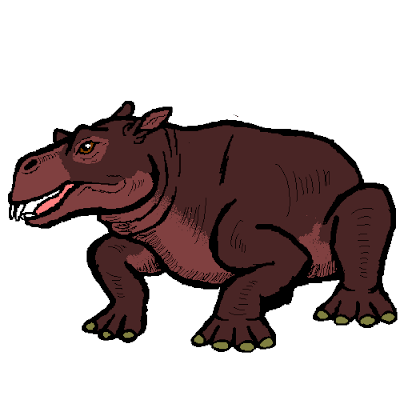 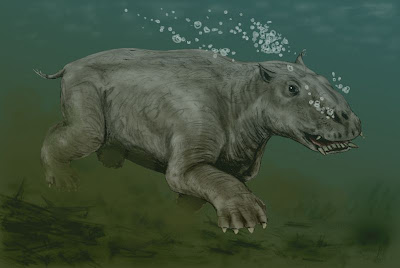 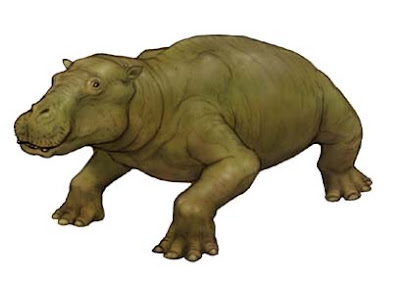 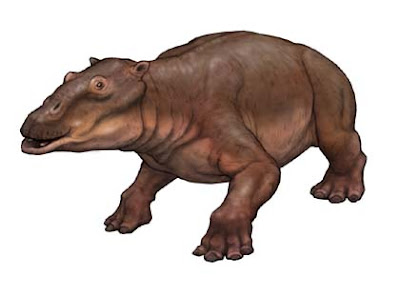 This is just a start, I'll try to have more on this soon!
Posted by Brian Lee Beatty at 6:09 AM